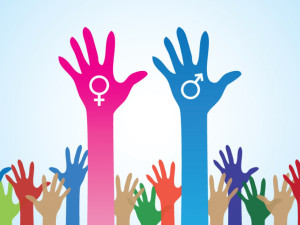 While there is no guarantees in choosing the sex of your baby when conceiving there are subtle things you can do to tip things in your favour. With every 105 male births there are 100 female births.

The Facts: Making Girls or Boys

Sperm are sensitive to heat and chemicals including many manufactured types of lubrication. If you want to conceive a boy it is best to avoid conception foams and jellies. XY (male sperm) are faster swimmers than their female XY sperm XY (female sperm) are slower swimmers than their male counter parts but have more resilience when they arrive at the party and can hang around the uterus and/or fallopian tubes longer before they die off (if they don’t come across and egg first).

Factors which influence gender at conception

The man’s profession: believe it or not can play a significant role in determining the gender of your baby. Your partner’s profession and more importantly his work environment can play a role in whether you conceive a boy or a girl. It is well documented that men in professions where their work environment is warmer produce more female offspring than those whose work environments are cooler. For example lifeguards and geologists (who spend most of their time outdoors and/or in warmer climates) generally produce girls. This is because the male sperm (XY) are more sensitive to heat and die off quicker prior to ejaculation. Footballers are a good example of men whose work environment is much cooler as they often train outdoors throughout Winter. Take Wayne Rooney or David Beckham as examples. Wayne Rooney produced 3 sons, no daughters, and David Beckham produced 3 sons and 1 daughter. It is also important to note that he only produced a daughter after he retired from professional football. As well as temperature, method of conception can also dramatically influence baby sex and gender. IVF babies have a much higher rate of being boys than girls. Timing plays a crucial role, and can be quite tricky when trying to conceive one gender over another. It is thought that having sex on the date of ovulation increases chances of conceiving a boy because male sperm are faster swimmers and can reach the egg first. It is thought that if you wish to conceive a girl you need to have sex around 3 days prior to ovulation so that by the time the egg descends down the fallopian tubes to the uterus the male sperm have arrived first but also hung around in a fairly acidic (and warm) environment for 72 hours and have died off at this point making it easier for the female sperm to gracefully meet with the egg and fertilise. The average day of ovulation usually occurs around day 14 if the woman is having a regular 28 day cycle…which most women are not “regular.” It is worth looking into buying some ovulation sticks for more accuracy. Ovulation produces a change in the natural chemical environment of the vagina. At the time of ovulation the cervical mucus lowers its viscosity and acidity to “allow” and more easier passage for sperm, particularly the XY male producing sperm to pass through. Birth control: If you find yourself pregnant as a result of failed birth control research and statistics show that the child will more than likely be a girl. This may be because they are more robust than their XY counterparts. Diet: There is some evidence showing that the diet of both men and women prior to conceiving can influence gender selection of your baby. While diet does play a role in one’s fertility, a dietary change for the purpose of conceiving usually take a minimum of 3 months before seeing the effects on fertility. In 1980 a journal article was published claiming that if you wanted to conceive a girl your diet should be high in calcium and low in salt and potassium. If you want to conceive a boy your diet needs to be high in salt and potassium but low in calcium and magnesium. The research claimed to have an 80% success rate with this method. Coffee: yes….coffee, there is some evidence that if a guy drinks a cup of coffee 15 to 30 minutes prior to sex it can speed up his already fast male swimmer sperm to reach the egg first. This may increase your chances of conceiving a boy. Coffee for women only decreases overall fertility rates.

Popular Methods for choosing the sex of your baby